The screen play has been written………what next?   obviously get it made into a film.  The first thing is to get a director/ producer to read it.

What I have found so frustrating is that I am constantly being told ‘it’s a great story’ but nobody wants to read it.!!! let alone make it. Or even give me the courtesy of acknowledging having received it.  but then everyone is so busy…….

A contact said to me that the only way is through the back door. He even opened it for me! That was two months ago….. 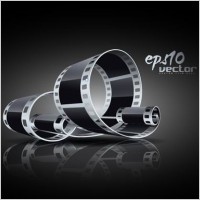 The default position is ‘all screen plays are rubbish’.  Hundreds of badly written scripts are received every week and reading them all in the hope of finding a gem is a chore. Many are written with the mistaken idea that it is a fast route to riches and a celebrity status. Sure there are some great ideas out there. But ideas are not stories. As for riches?  Aspiring screen writers can spend thousands on fees for courses, competitions, readers ……, not to mention travel expenses and the purchase of high tech equipment.

That said, the  film and television is a huge industry. New markets are opening up all over the world. Look at the credits, the names of; Chinese, Indian, Australian and many other production companies are embedded in the small print. The opportunities for anyone starting out in the industry are enormous.

But I’m at the other end. Time is short. So why do I do it? Because I have to. Writing is in my genes. There are several novelists in my genealogy. But why film?  To be honest because I am impatient. I see stories in images and find it impossible to do justice to what I see in literary constructs of word imagery, metaphor, simile, etc. I love brevity which is why I like to write poetry especially in tight poetic form like the sonnet. Writing for film is similar. The written word has to be used economically to convey images and  characters just sufficiently to give the good director a hint, a nuance, a stimulus for creativity,  and an actor the opportunity to act.   An idea has to be incarnated into a structured story which can grab an audience. To do this well can take years of research and disciplined hard work. 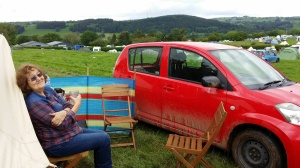 I was booked to attend Film Cymru’s Launch Pad to pitch the latest draft of my screenplay entitled   Lies. but after two nights without sleep, thought better of it and went home.

Here’s the pitch that didn’t get pitched:

to undo the folded lie.

Based on a true story.

A  fiery, working class and uneducated woman takes on the three governments who lied to her, to find the truth:

Who killed her brother?

This story takes us on an emotional roll from the moment, when at the age of 14, Mo  Peters throws her abusive mother out of the house thus sacrificing her education and teenage girlhood to bring up her three younger brothers and care for her Father.

Ordinarily Mo’s life would have been predictable, a menial job, marriage, family. But all that changed after a midnight phone call telling her that her closest brother Brian, was missing. He was a camera man on an assignment with an Australian TV news channel covering the covert and illegal invasion of East Timor by Indonesian military.

We sit on the edge of our seats waiting for news. Three weeks later Mo hears that he is dead, accidentally killed, with four colleagues.

With little support, Mo works through her grief with many unanswered questions going around in her mind. Was someone lying to her? 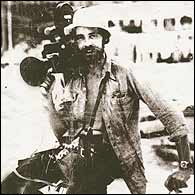 Why did it take so long to inform her of Brian’s death? Why was there no more information about how he died?  Why were his remains taken to Jakarta for burial? . She sees for the first time, a copy of one page of a letter which Brian wrote the night before he died. Page two is missing. Where is it? Where is the original? Every attempt to find answers was met with silence.

Was there a cover up?

Twenty years later a refugee from East Timor tells her that Brian and his colleagues had been murdered. Mo then begins a journey to uncover the truth. She confronts a government minister, goes to a refugee camp in Lisbon, to Sydney Australia to help with a United Nations enquiry, to East Timor and the house where Brian was killed.

Helped by a foreign office civil servant who gave her classified documents, with whom she fell in love, and an Australian journalist, she builds a case strong enough to bring a charge of murder to be heard by an Australian coroner.After many adjournments and set backs it appeared she has lost and might be liable for costs of A$ 3 million.

At the last minute page two of Brian’s last letter comes to light. It contains vital evidence.. The charge of murder holds and the perpetrators are named.

Following the verdict in 2007, the Australian Federal began a war crimes investigation into the murders but in 2014 the investigation stalled. The killers today go free.